‘La Casa de la Seda’ (The House of Silk) is the only guild house in Barcelona open to the public with guided visits. It also has beautiful rooms to celebrate all kind of events.

With more than 300 years behind, both the exterior and the interior of the house boast elegance and solemnity up to the historic splendor and social representation guild members reached during the eighteenth century, its most brilliant period.

The House of Silk is a must do in Barcelona due to several reasons:

It is not surprising the House of Silk was declared to be National Cultural Heritage in 1919 and won the Gold Medal of the City of Barcelona in 1929.

The Art of Silk Association headquarters were admired by everyone and today we have the chance to enjoy its coveted legacy.

At first glance the facade is highlighted by its sgraffito decoration. Many have described it as the most beautiful in the city of Barcelona. Although the author is unknown, the technical skills and the category of the artist are evident. He perfectly conveyed an accurate corporeal effect on the four meter giant figures, following the example of classic caryatids and Atlanteans representations. The exceptional Baroque inspired moldings that frame windows and balconies are also noteworthy.

On the balcony of the corner we can see Our Lady of the Angels, patroness and protector of all veil weavers. At her feet, angels are located in a crescent shape. It is a typical baroque composition with a strong concept of movement. The work was made by Joan Enrich in 1760.

Between 1928 and 1932 the building was extended by the architect Jeroni Martorell and the plasterer Ferran Serra made some new sgraffito imitating the original ones.

The noble floor of La Casa de la Seda has many pieces of fine woodwork, silk-lined walls and other decorative elements topping the style, luxury and distinction that characterize them. A lot of meetings took place in the House of Silk and really important commercial and political decisions were made. In the eighteenth century Barcelona veil weavers were sometimes mingled with the managing board of the guilds due to their relevance in several aspects of the society. Their influence reached the religious life, as they own the Easter Passage (18th century) from the Holy Thorn Mystery, chairing the guild hall which is certainly the most spectacular room of the house.

Relevant objects are also kept in other rooms, like the 18th century ivory Christ in the presidential office or the bookcase decorated with floral and religious paintings by the guild the Masters of Veils from 1683.

The valuable archive of the library shall be equally mentioned. Its content preserves the guild history, undoubtedly part from the history of the city of Barcelona. There are more than three thousand documents from 1533 until today and a photographic archive with eighty-five thousand albums and photographs capturing the events organized at the Art of Silk Association since the early 20th century. 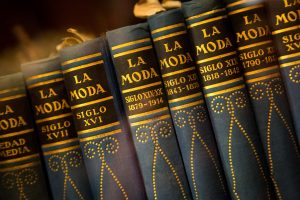 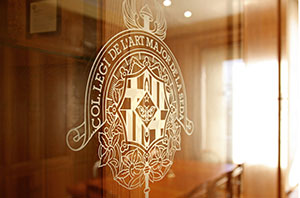 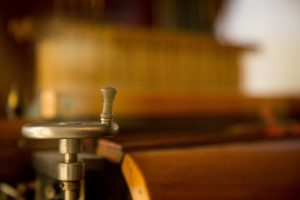 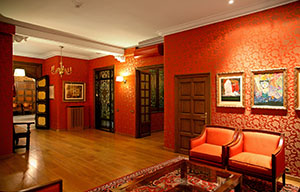 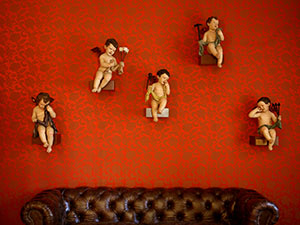 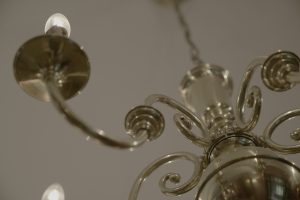 Discover a magnificent event space in the center of Barcelona

THEY HAVE TRUSTED US »